Healing Words Foundation Board of Directors 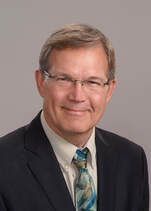 The late Richard P. Holm, M.D. - Co-Founder
Dr. ​Richard Holm, raised in De Smet, S.D., was an internal medicine physician who believed that in this world of marketing and misinformation, it is important to offer science-based truth about health care. For twenty years, Holm in his role as the Prairie Doc®, emerged as a leader of health care education and communication in the region and the U.S. He worked tirelessly to persuade medical providers to volunteer many hours in support of the mission providing accurate healthcare information free to the public; especially to people who often have limited access to healthcare professionals. To support and continue this mission, Holm and his life partner Joanie established Healing Words Foundation as a 501c3 in 2011. 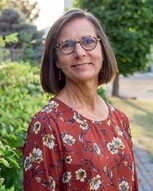 Joanie Holm, C.N.P. - President and Co-Founder
​Joanie Holm leads the Foundation as it serves as a funding mechanism, accepting donations for all Prairie Doc® programs. The Prairie Doc® team engages in various communication strategies including a weekly television program, radio programs, editorial essays, Facebook and YouTube programs and a hospice choir, all aimed at improving health, fitness, and well-being in an effort to enhance health and reduce suffering. Joanie led the Prairie Doc® student assistants on a medical mission trip to Nicaragua and works to expand the availability of pediatric care information via PlayEatSleep.org.  Joanie was born and raised in Jacksonville, Fla. She and Rick met while they were both in school in Atlanta, Ga. She trained as a Registered Nurse in Georgia, and a Pediatric Nurse Practitioner in Virginia. Joanie and Rick raised four children in Brookings, S.D. where she continues to reside. 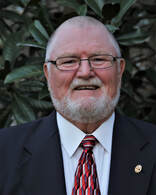 David Hyink, Ph.D. - Director
Dave Hyink grew up in DeSmet, S.D. and currently lives in the Black Hills west of Rapid City. He is a forest biometrician and retired from Weyerhaeuser Company located in Federal Way, Wash. in 2007. He currently owns Deerfield Consulting LLC. Dave's areas of emphasis on the HWF board are primarily corporate governance and finance.  Dr. Holm and Dave were childhood and lifelong friends. Dave has been involved with Rick and Joanie's work informally since 2007. In late 2013, Dave reorganized his volunteer portfolio to make time for a formal commitment to Healing Words and officially joined the board in 2014.

Tom Luzier, M.D. - Director
Dr. Luzier did his undergraduate studies with Westminster College where he graduated with a BA. He earned his medical degree at the University of Kansas in 1974. He then went on to do a rotating internship at Fitzsimmons Army Medical Center where he completed a three year residency in pediatrics and was Board Certified in 1981. After practicing primary care pediatrics for four years as Chief of Medicine at Irwin Army Hospital, he studied allergy and immunology at Children’s Mercy Hospital and University of Kansas, achieving board certification in 1983. Dr. Luzier completed his active duty as a Colonel in 1985, retiring in 2005 after 35 years of service. After practicing in Lawrence, Kan., he moved to Aberdeen, S.D. and established a private practice. Dr. Luzier joined the board in June 2016. 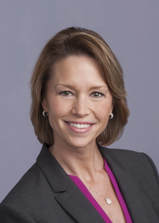 Stephanie Herseth Sandlin, J.D. - Director
​Stephanie Herseth Sandlin is President of Augustana University in Sioux Falls, S.D.  Stephanie grew up on her family’s farm near Houghton, S.D.  Raised in a family involved in government and public service, Stephanie chose to attend college in Washington, D.C., earning undergraduate, graduate and law degrees from Georgetown University.
From 2004-2011, Stephanie served South Dakota in the U.S. House of Representatives. Prior to joining Augustana, she was General Counsel & Vice President for Corporate Development at Raven Industries, Inc., a publicly-traded company headquartered in Sioux Falls. She joined the Healing Words Foundation board in 2017. 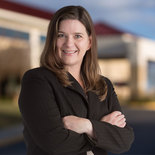 Jennifer K. May, M.D. - Director
Joining the Healing Words Foundation board in July 2018 is rheumatologist, Jennifer May. She grew up in Rapid City, S.D. where she currently practices at Rapid City Medical Center.Dr. May attended Augustana University in Sioux Falls for undergraduate studies and the University of South Dakota School of Medicine for her medical degree. She completed Internal Medicine training in Milwaukee at the Medical College of Wisconsin followed by a Rheumatology Fellowship at Mayo Clinic in Rochester, Minnesota. 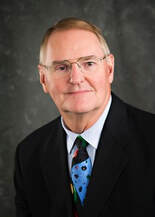 Kenneth Bartholomew, M.D. - Director
Dr. Kenneth Bartholomew currently lives in Pierre, S.D. practicing with Avera Medical Group Pierre. He specializes in family medicine with more than 40 years of experience. Originally from Lemmon, S.D., Bartholomew went on to attend premedical and medical school in Salt Lake City at the University of Utah. His postgraduate training was in family medicine and emergency medicine in San Bernardino California. Dr. Bartholomew joined the Healing Words Foundation board in September 2019. 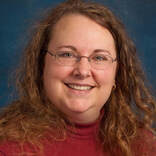 Debra Johnston, M.D. - Director
Originally from Iowa, Dr. Johnston earned an undergraduate degree in biomedical engineering at the University of Iowa in Iowa City, and attended medical school at the same institution. She moved to South Dakota for her residency in Family Medicine, and never left. After a year in Sioux Falls, she moved to Brookings for the last two years of her training. There she met Rick and Joanie Holm, and Rick involved her in his radio and TV outreach.  Dr. Johnston and her family remain in Brookings to this day, where she practices Family Medicine at Avera Medical Group - Access Health. Dr. Johnston is one of the four current Prairie Docs who volunteer to host our Prairie Doc® radio and television shows and author newspaper columns. Her term as a board member began July 1, 2021. 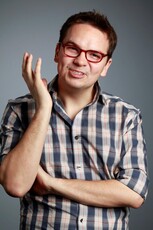 Eric P. Holm, M.F.A. - Director
The eldest child of Rick and Joanie Holm, Eric is a singer, songwriter, music educator and theatre-maker. He grew up in Brookings, S.D., completed the Guthrie Theatre BFA Actor Training Program at the University of Minnesota, and obtained his MFA in Directing from Columbia University. As the current “Holm Family” representative on the board, Eric contributes his experience in the venues of arts and content, as well as his inherited passion to carry forth his parents’ Prairie Doc® legacy. 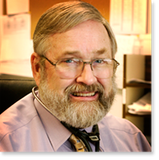 Thomas Dean, M.D. - Director
Dr. Dean is a retired family medicine physician from Wessington Springs, S.D.  His training in medicine spans from coast to coast, first gaining his education at the University of Rochester School of Medicine in New York, then completing his residency at the University of Washington in Seattle. Born and raised in Wessington Springs, “Dr. Tom” moved back there with his wife Kathy, a midwife, in 1978 where they built a home, raised a family, and continue to serve the community. Among his many accomplishments, Dean served in the National Health Service Corps in Kentucky, he was a member of the Medicare Payment Advisory Commission (MedPAC), advising Congress on Medicare issues and he is currently a clinical professor of family medicine with the Sanford School of Medicine at the University of South Dakota. He joined the Healing Words Foundation board July 1, 2020.